The Andino XIO is an industrial PC based on the Raspberry Pi. It provides 6 digital inputs and 6 relay outputs that are connected to rigid connectors. This, combined with its sturdy housing and DIN-Rail mount makes the device ideal for operation in industrial environments. 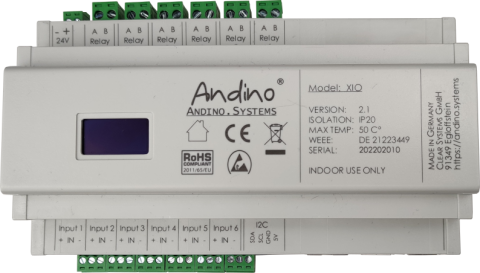 The Andino XIO contains a Raspberry Pi 3B+ / Raspberry Pi 4, depending on the configuration. The Raspberry Pi is connected to the XIO via its GPIO. The usage of a Raspberry Pi allows for relatively resource intensive tasks to be run on the XIO without problems. It also allows for the use of a wide array of software, both custom-developed by Andino Systems, as well as the wider Raspberry Pi OS and Linux community.

The main feature of the Andino XIO is its connectivity. It provides the following options:

The relays and inputs can easily be controlled via Node-Red as described in this tutorial. The isolated digital inputs can be run in two modes:

Furthermore, the Raspberry Pi inside the Andino XIO provides the following IO: 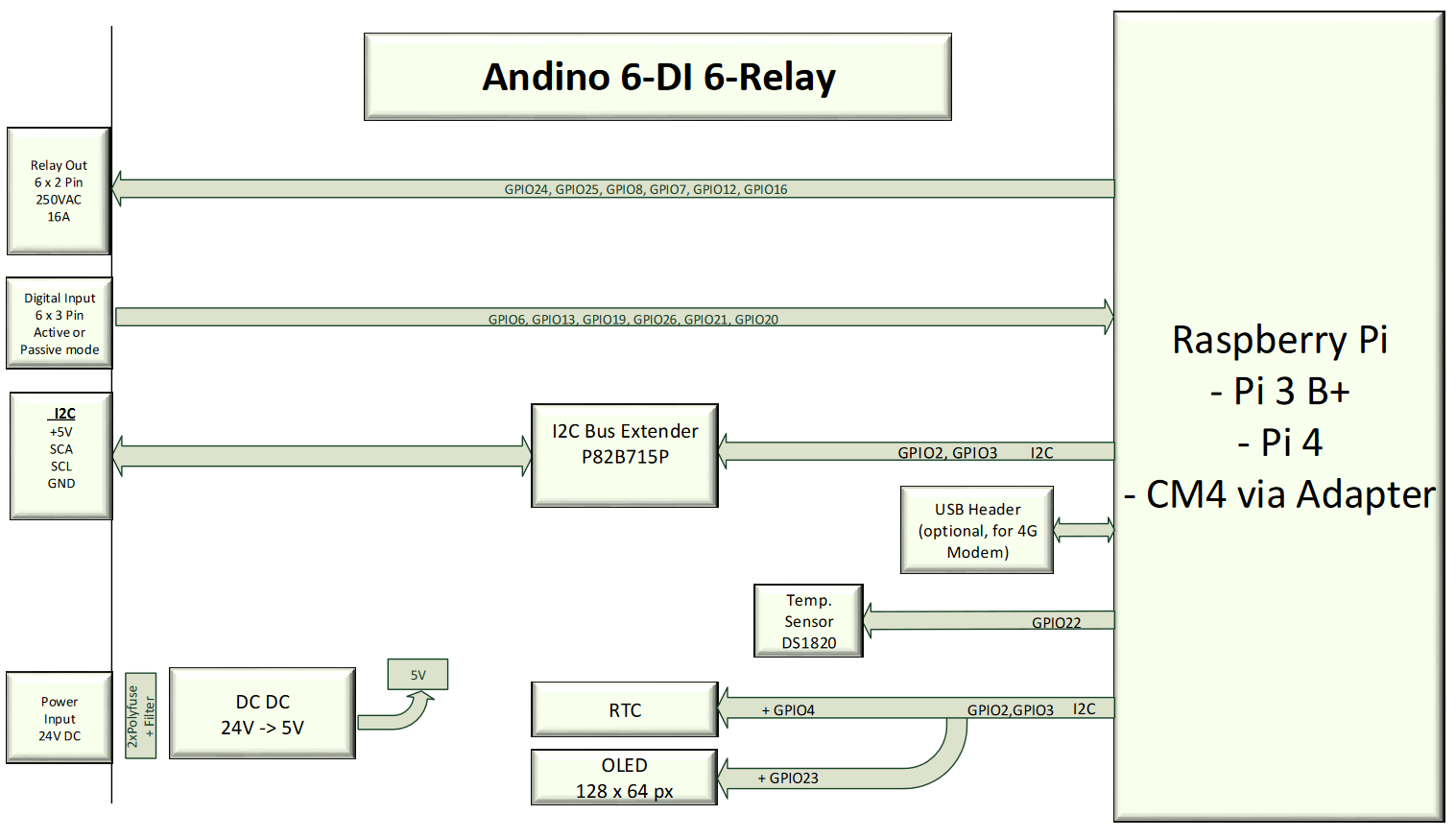 The Andino XIO setup can be done by running our Andinopy Setup script. This will automatically install all necessary software, set the correct values to configuration files and set up Andinopy TCP for easy control of all board IO via TCP or Node-Red.