This page gives an overview of the Andino Terminal. For setup documentation, please refer to Andino Terminal Setup. We also provide a datasheet of the terminal.

The Andino Terminal is a versatile terminal based on the Raspberry Pi. Its components include a keyboard, programmable function keys, monitor, RFID capabilities and a large variety of IO options. The Raspberry Pi allows for versatile data processing even for more demanding tasks like webservers or databases.

The large variety of connectivity options allows for operation of the terminal completely independent of other devices.

Among many other options, it can be used as a base server for access controll puropses, controlling machines in a production environment, reading sensors or even in conjunction with the OEE-Box for quality and downtime monitoring of a production line. The terminal can be used in harsh industrial environments due to its ridgid design and splash water resistant panel. In a consumer environment, it can be used for smart home control purposes. Inputs can and outputs can be read or set using a microcontroller that allows for real-time interaction with other devices.

The terminal's Gigabit Ethernet/WiFi connectivity allows it to be easily integrated into existing networks and its large range of easy to use IO ports, combined with its versatile programming options due to its standard Raspberry Pi OS enables connection to a high percentage of devices in production environments. The programming process is further facilitated through or pre-built software and drivers for common usecases. This includes a custom python library for control of both buttons and display of the device, as well as a Node-Red node collection, thus enabling easy prototyping.

Interfacing with the device can easily be done via the 3.5" touch-screen display and through the 21 button water-resistant keyboard. 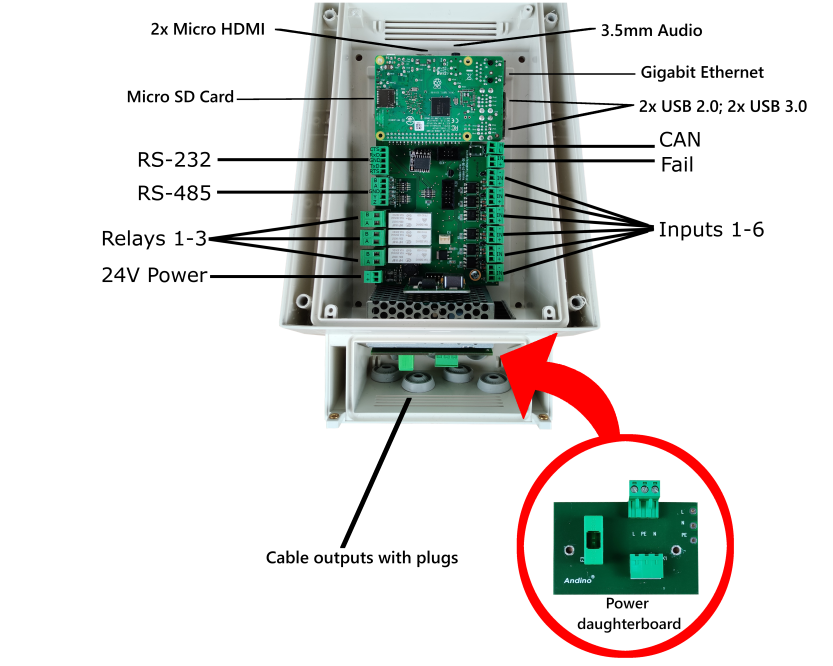 Since the Andino Terminal is based the Raspberry Pi 4 and the AndinoIO, it has a wide range of connectivity options for use in a large variety of scenarios. This includes:

For detailed information on wiring, a block diagram and more, refer to Andino IO Overview. If desired, the Andino Terminal can also be configured with a Raspberry Pi 3B+. 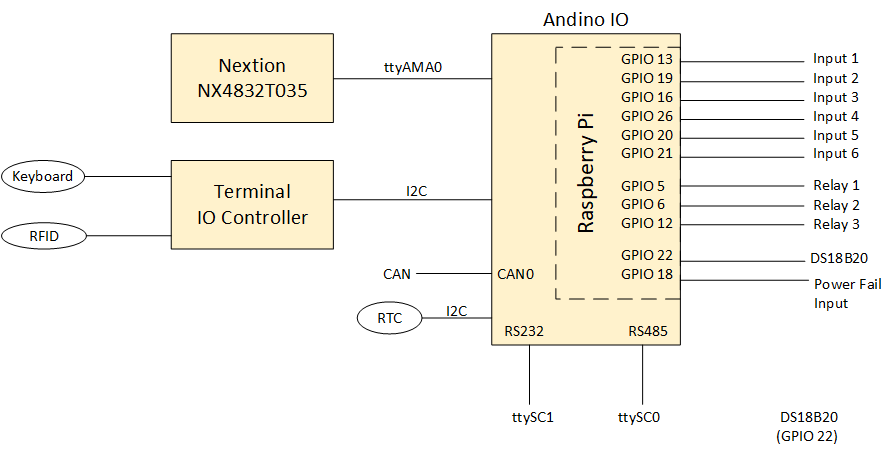 The Andino Terminal includes a Nextion NX4832T035_011 480x320 touch screen display. It can easily be programmed using the Nextion Editor. The display is connected to the Andino IO via I2C. 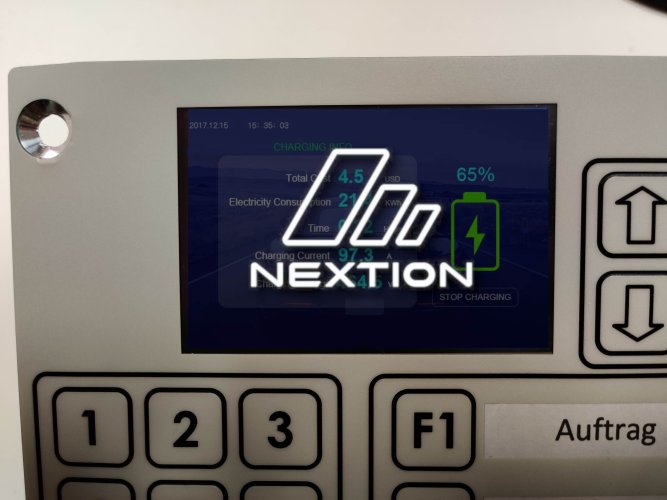 Besides the normal housing, the Andino Terminal is also available as an 'XL' version. This version also includes a DIN rail that further custom hardware can be mounted on. The housing can be opened with a key, thus providing easy access to the internals. Besides this, the Terminal XL provides all of the same functionality as the terminal in the small housing. 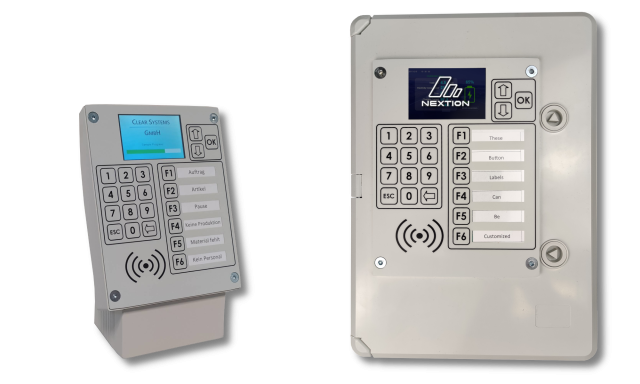 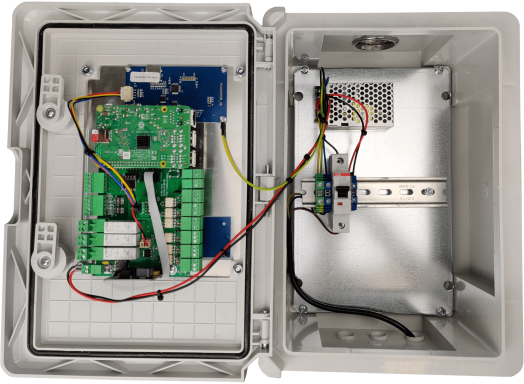 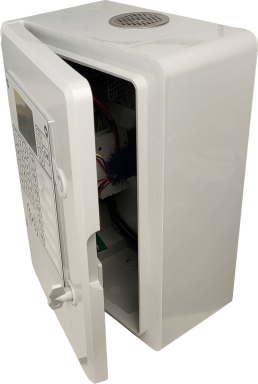 The function buttons F1 - F6 can be set up to execute any desired task or function. They can also be used in conjunction with the OEE-Box as an alternative to scanning downtime barcodes.

To print your own labels for the buttons, you can simply download our button label template as a PDF or editable DOCX file.

An RFID module enables a variety of authentication and other scanning options. The module used in the terminal uses the 13.56 MHz MFRC522, MIFARE standards. 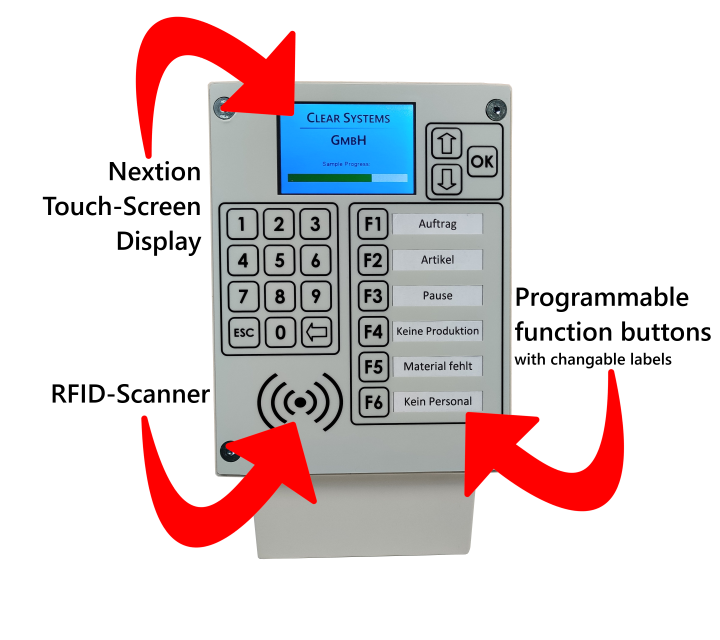 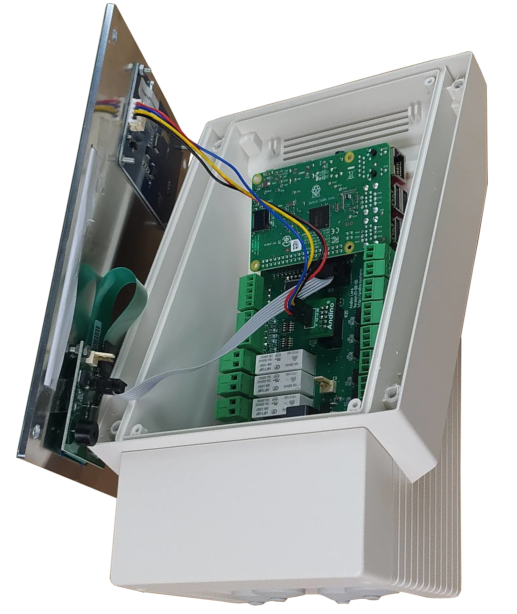